Reporting live here from E3, there are so many new titles coming your way, you better book some time off work/school/vacationing.  Yup, even taking time off vacationing would be worth it.

PSP – A new lighter (by 33%) and slimmer (19%) version comes out in September of this year.  Price is up to US$199 (base unit is now $169) but it will be bundled with a 1GB Memory Stick Duo and Ratchet & Clank.  Now comes in piano black, ice silver and ah, Star Wars White (with Vader’s image)…. Chewie himself was on hand to release the new colour…

A whole slew of new title are on their way, including Sing Star 2, GT4 and Metal Gear Solid 4.  BTW, the creator of MGS has declared that this will be his last title, he is retiring up its release.

To confirm my trip to the local game store this holiday season for new Xbox 360 title, Madden NFL 08 and Project Gotham Racing 4 will be on the shelves.  I’ll have my pigskin and driving gloves ready.  Movies fans will enjoy Scene IT?, the DVD based games will now be on the Microsoft console.  It’ll come with a new big button pad controller. 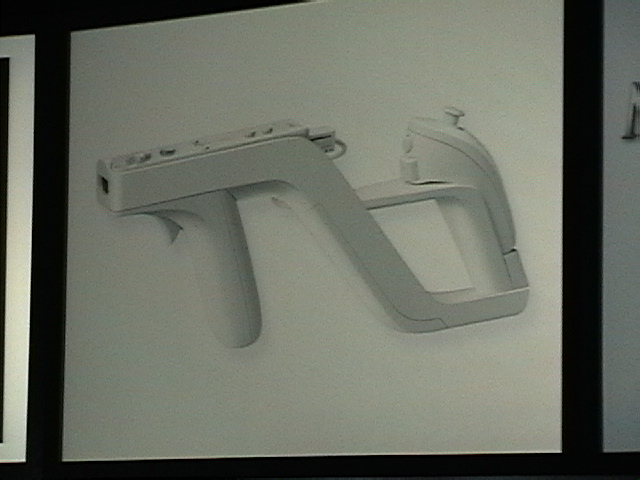 Wii – Three new controllers, the Zapper – a gun, the steering wheel (perfect for Mario Kart), and the Balance Board (for areobics…. and the upcoming Wii Fit execise game) make me want to go home and hug my Wii.  The system has not stopped amazing me from day one.

DS – New titles for the DS are coming soon and I’ll update you with that list.