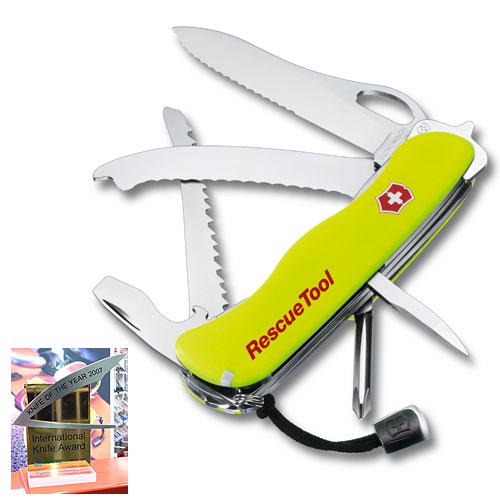 We probably all had one when we were kids – at least we did where I grew up: The Swiss Army knife. And the number of blades and accessories on your shiny red pocket knife was the truest gauge of your status. Well, that was then. This is the future and Victorinox (makers of the famous red Swiss Army Knives) are going full speed ahead into the techno era.

In a box by my side lies three knives that show just how far the brand has come from the original folding knives:

The commonality between all these and the myriad of other modern-application tools from Victorinox is that they are designed for modern life and modern problems. The SwissMemory combines two common pocket gadgets in one and there’s even one that carries an mp3 player! The golf tool gives you all the tools you need for your passtime sport in a convenient package and the Rescue Tool makes everything from breaking windows to cutting seat belts easier for those who dedicate their lives to saving lives.

Read on for more thoughts on the complete product line. 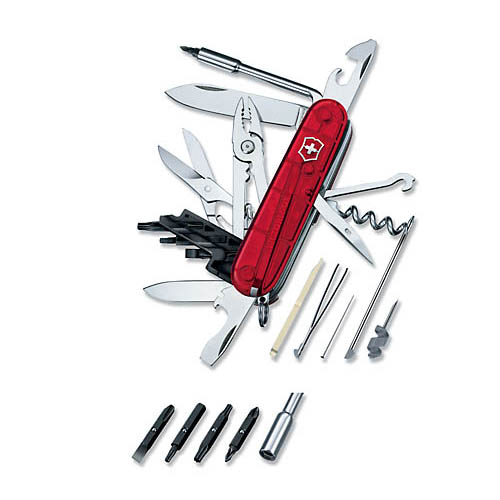 Looking through the catalogue of products there were a couple of other lines that make the good old pocket knife current. The Cybertool knives are designed with the computer tech in mind and contain a bit wrench with Hex, Pozidrive, philips and torx bits as well as a DIP switch setter and wire cutting and crimping pliers. The Lite series also has a built in LED light. The Rescue Tool is part of a series of application-specific tools that also contains the Parachutist, Fireman, Jumpmaster and Locksmith. And finally there’s the Swisstool series which borrows heavily from the Leatherman Tool plier design. The Swisstool does a one-up on Leatherman by keeping the other tools on the “outside” so that when the pliers are opened you have a comfortable grip.

All in all I’d say Victorinox and the Swiss Army Knife still belongs in modern culture, although I would think twice about brining any of these on the plane. I’d gladly switch out my 12 year old Letherman Tool for a Cybertool for all the times I have to delve into the inner workings of a computer to do some tinkering. And I’d feel safer knowing that rescue personnel have a belt cutter handy if disaster was ever to strike.